Veganism is growing in popularity, but there are still some questions centered on what vegans can and cannot eat. People adopt a vegan diet due to health, environmental, or ethical reasons. As such, there’s an array of food restrictions that must be taken into consideration.

This includes ingredients such as meat, fish, dairy, eggs, and other materials derived from animal exploitation (i.e: Honey).

To figure out whether or not vegans can eat seafood, we need to understand what seafood is and what ingredients fall under its umbrella.

According to sources like Wikipedia and Dictionaries, seafood is a term used to describe any form of sea life regarded as food by humans.

However, when most people think about seafood, they often imagine lifeforms like fish, oysters, shrimps, crabs, squids, and other living sea creatures.

These are ingredients vegans cannot eat.

That being said, there are also other forms of seafood that most people in the Western part of the globe may not be familiar with but are very popular in Asian culture.

Aquaculture is essentially farming in the water.

According to the National Oceanic and Atmospheric Administration (NOAA), aquaculture refers to the cultivation of aquatic organisms in controlled aquatic environments.

This method involves breeding, rearing and harvesting plants and animals in all sorts of water environments like ponds, rivers, lakes, and oceans. Besides being used for food production, aquaculture is also useful for rebuilding populations of threatened and endangered species, recovering natural habitats and a few other unethical practices.

While aquaculture makes a substantial contribution to the human food supply, it’s hard to define whether or not aquaculture is sustainable.

According to PETA, aquaculture leads to the destruction of ecosystems near coastal areas due to the release of waste, pesticides, and other hazardous chemicals. It’s also not effective in dealing with the depletion of wild fish in the ocean as a lot of the farmed fish species are predators and require an unsustainable number of wild fish to be raised.

That said, it’s important to emphasize the different forms of aquaculture.

There’s mariculture, fish farming, algaculture, and integrated multitrophic aquaculture. The one we’re interested in is algaculture, which is the cultivation of algae.

How Does Algaculture Work? 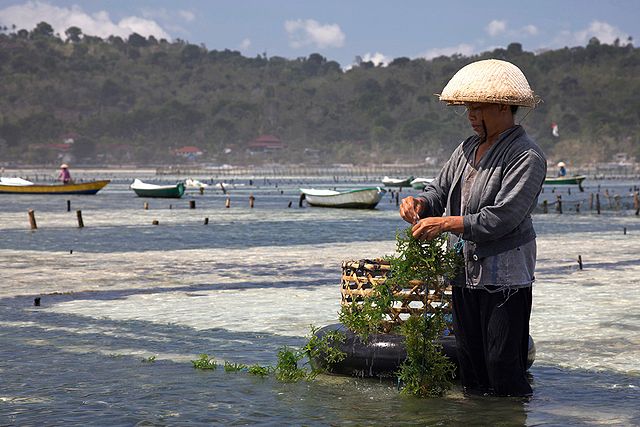 Algaculture is a system that uses three elements to function: light, water, and nutrients.

The preferred source of light is the sun given that it’s endless and free.

Also, because the algae can grow in different waters, farmers optimize the water supply to fit a specific type of algae. Finally, for algae to grow, carbon dioxide is required.

There are typically three systems used to produce algae:

When raised, the algae can then be used for commercial and industrial purposes such as food, natural food colorants, fertilizers, bioplastics, chemical feedstock, supplements, and more.

What Type of Algae Can We Eat? 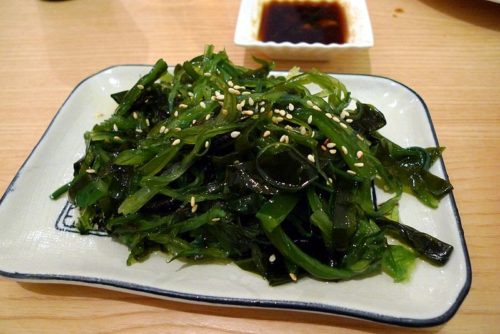 A few popular types of edible algae you may have heard of are spirulina and chlorella — two types of algae that come in powder and pill form.

Other types of edible algae are seaweeds, which are can be broken down into different species.

Common edible seaweeds include Nori (often used to wrap sushi), Kombu, Wakame, Ogonori, Hijiki, and Umibudo, all of which are used in Asian cuisine.

Certain species of algae are also rich in two of the main types of omega-3 fatty acids — eicosapentaenoic acid (EPA) and docosahexaenoic acid (DHA), so their oil is often used as a source of Omega 3s in plant-based vitamins as well as Omega 3 supplements.

In addition to Omega 3s, algae (or seaweed) is also an exceptional source of Iodine, but you need to be especially careful, overconsumption of seaweed may cause you to take too much iodine which is considered to be dangerous.

Quite interestingly, an aquatic plant called duckweed (or water lentil) has been recently confirmed as a plant-based source of vitamin B12 — a rather essential vitamin for vegans.

Check out this video to learn more about it:

There’s also another form of seaweed considered to be a possible vegan source of biologically-active Vitamin B12. It’s called purple laver, and 4 grams of it is deemed sufficient to reach the Vitamin B12 recommended daily amount. source 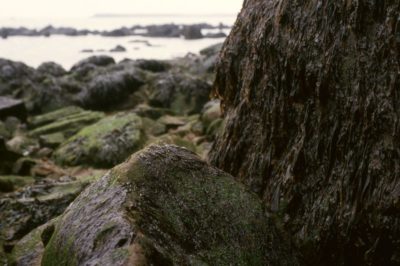 However, it’s still soon and thus far the safest and most effective solution to hit the RDA still remains to be a Vitamin B12 supplement.

Vegans cannot eat most types of seafood, which include fish, crustaceans, and shellfish.

However, algae are also considered to be seafood.

As such, vegans can eat seafood but are limited to eating certain types of algae, which are also referred to as sea vegetables. These include edible seaweed such as Nori, Kombu, Wakame, Ogonori, Hijiki, and Umibudo, ingredients that you commonly see in Asian cuisine.

Other forms of algae (which are more predominant in the West) are spirulina and chlorella, but they’re typically available in powder and pill form.

However, keep in mind that before you decide to take an algae-based supplement or product, you should speak with your doctor, registered dietitian, and/or pharmacist.